The Vicenza area by tradition, bound to the cult of good wine and its passion for good food, with a variety of food from cheese to fish and cold cuts. The Asiago Plateau is all known for cheese (Asiago PDO, Morlacco and Burlacco, produced only in the summertime in the Grappa area). There are several singular flavored cold cuts like the Soppressa Vicentina (a perfect combination of sweet and peppery); the Veneto Berico-Euganeo PDO and the Val Liona hams; and even donkey meat salami that can be grilled, fried or eaten raw with polenta.

The land offers a variety of fruit and vegetables, particularly white asparagus and the white radicchio of Bassano del Grappa; the potatoes of Rotzo; the cherries of Marostica; the mushrooms of Costozza; and the black truffles of the Berici Hills. As for fish, the most famous is without a doubt the baccalà alla vicentina (dried codfish), followed by the excellent brown trout, prized for its white meat and delicate taste, and cooked in tinfoil, grilled or boiled.

It is a place of beautiful forest landscapes and historical sites.
There are many ways – go on foot or cycling. The paths are provided with an effective road sign which giving information or instructions to tourists to discover the world in which man and nature are integrated since the dawn of time.

If you want to feel the spirit of the mountain and unwind with a lovely stroll on foot, by bike or motorcycle – Trattoria is the place you should visit. When you visit our restaurant in the heart of Trattoria – Al Colletto you will enjoy our dishes for the most refined taste. The restaurant is suitable for birthdays and family celebrations. Around the restaurant, there are many beautiful meadows suitable for sunbathing and games with children and pets.

Trattoria Al Colletto is a beautiful area combined with beautiful forest landscapes and historical monuments. Forest trails are well marked with signposts that will perfectly navigate to the selected direction.

We request reservations for each meal to assure we are able to provide only the highest quality service and utmost attention for your dining experience.

Enjoy visiting such an amazing place like Trattoria Al Colletto

Those who visit the Veneto, cities rich in art and culture, you can enjoy the delicacy of the local cuisine. The Veneto with its different geomorphological territory offers interesting landscapes – shore and lagoon plains, hills and Alps. Veneto is popular for its gastronomic traditions such as polenta – tortilla food for local medieval rural population – nowadays glorious meal for locals and visitors alike.

In our restaurant, you can enjoy traditional Venetian cuisine, which features dishes with a unique taste. We offer specialties that are measured not only in Italy but also abroad.

Italian cuisine has developed through centuries of social and political change. Significant changes occurred with the discovery of the New World and the introduction of potatoes, tomatoes, bell peppers and maize, now central to the cuisine but not introduced in quantity until the 18th century. Italian cuisine is noted for its regional diversity, an abundance of difference in taste, and it is probably the most popular in the world. Italian cuisine is characterized by its simplicity, with many dishes having only four to eight ingredients. Italian cooks rely chiefly on the quality of the ingredients rather than on elaborate preparation.

Modern Italian cuisine has developed through centuries of social and political changes, with roots as far back as the 4th century BC. Italian cuisine in itself takes heavy influences, including Etruscan, ancient Greek, ancient Roman, Byzantine, and Jewish. Significant changes occurred with the discovery of the New World with the introduction of items such as potatoes, tomatoes, bell peppers and maize, now central to the cuisine but not introduced in quantity until the 18th century.

More about Province of Vicenza

PLACES TO VISIT IN THE VICENZA PROVINCE 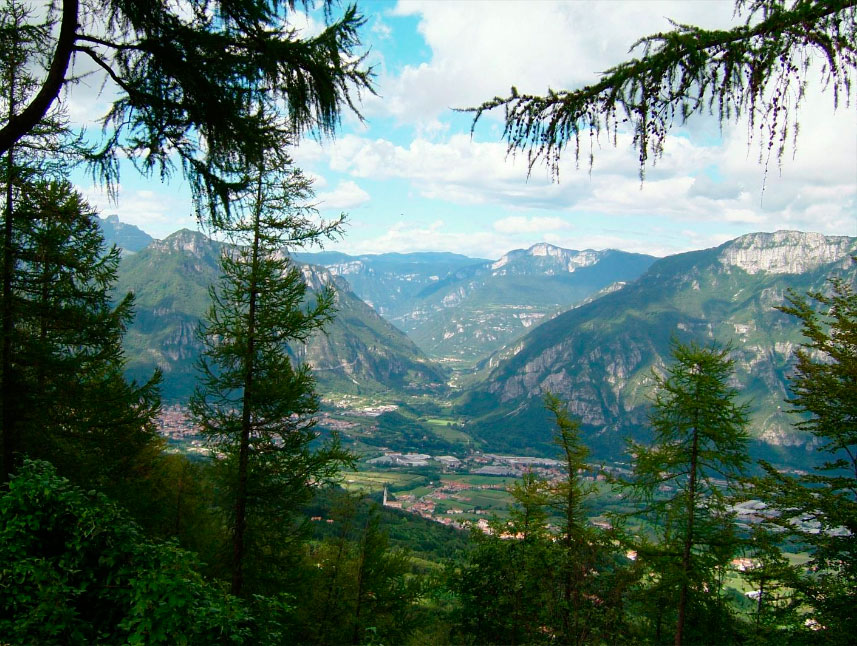 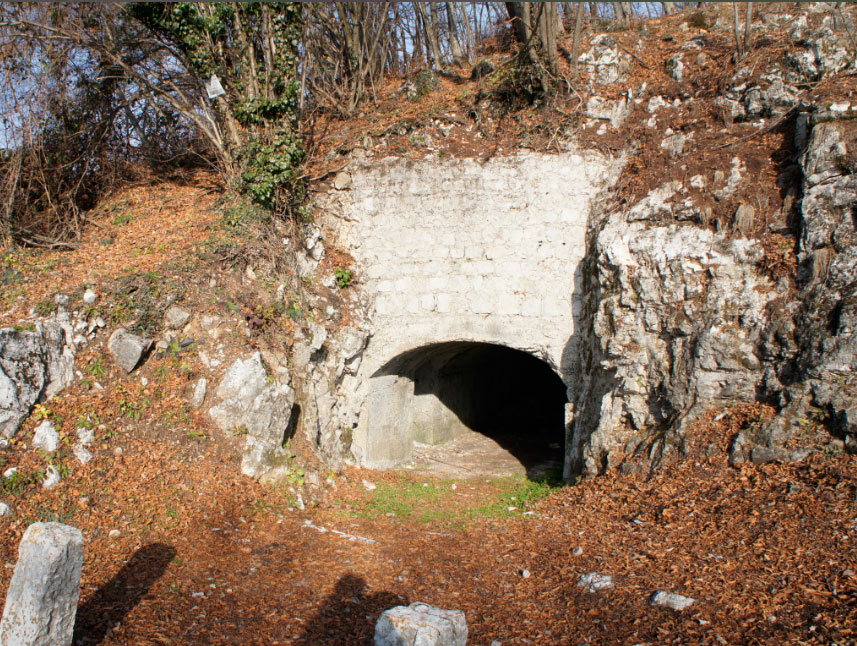 In central Veneto, where many rivers run, lies the Province of Vicenza, an ever-changing landscape of mountains, valleys, water courses, art cities, and food and wine itineraries offering evocative landscapes, as well as many an opportunity for a rather pleasant vacation.

In the north lies the plateau known as the Altopiano di Asiago and its eight municipalities: dressed in a palette of colors, the emerald valleys and meadows scattered with cyclamens, primroses, woodruffs, and lilies of the valley mix with the dark green of thick woods, softened when the white snow covers the entire panorama.
Below the plateau lies the Bassano zone, dominated by Monte Grappa; it is the perfect destination for those charmed by the tranquilizing scenery of gently-rolling hills, places of remembrance, traditions and old trades.

Even further down are the wide valleys of Alto Vicentino, with their remarkable natural, historic and artistic landscapes.

In ancient Roman religion, Summanus (Latin: Summanus) was the god of nocturnal thunder, as counterposed to Jupiter, the god of diurnal (daylight) thunder.
His precise nature was unclear even to Ovid.

The temple of Summanus was dedicated during the Pyrrhic War. It stood at the west of the Circus Maximus, perhaps on the slope of the Aventine. It seems the temple had been dedicated because the statue of the god which stood on the roof of the temple of Jupiter Capitolinus had been struck by a lightningbolt. Every June 20, the day before the summer solstice, round cakes called summanalia, made of flour, milk and honey and shaped as wheels, were offered to him as a token of propitiation: the wheel might be a solar symbol. Summanus also received a sacrifice of two black oxen or wethers. Dark animals were typically offered to chthonic deities. Traditionally Mount Summano (elevation 1291 m.), located in the Alps near Vicenza (Veneto, Italy) is considered a site of the cult of god Pluto, Iupiter Summanus and the Manes.

Archeological excavations have found a sanctuary area that dates back to the first Iron Age (9th century BCE) and was continuously active til late antiquity (at least the 4th century CE). The local flora is very peculiar due to the custom of ancient time pilgrims of bringing flowers from their own native lands afar.
The mountain top is frequently hit by lightningbolts. The mountain has a deep grotto (named Bocca Lorenza) in which according to a local legend a young shepherdess got lost and disappeared. The story looks to be an adaptation of the myth of Pluto and Proserpina.
The content of this section is adapted from the entry Monte Summano of WP Italian.

If you walk towards Schio on the main road for several hundred meters along a narrow steep path (or shortly after the staircase of the town square), which rises to the square near the former monastery/hospice Girolimini.

From left, marked by road signs Gerolimini path will take you to the sanctuary of the Virgin Mary and the Cross. On the ridge of Summano will enjoy the unique landscape of mountains, fresh air and impressive concrete cross of Christ.

One of the most beautiful peaks of Vicenza is Piovene Rocchette. When you Climbing the mountain Summano, which resembles a massive pyramid can be seen all the plain of Vicenza. There was the last bastion of long been ForniAlti-Ward-Priafora-Novegno-Summano to Pasubio, between Val d’Astico and Leogra Val (Schio-Thiene).

The trail meanders through beautiful landscapes. The road is well maintained and will take you to the mouth of Valdastico and southern slope of the Asiago Plateau (Province of Vicenza), also known as “dei Sette Comuni” (lit. trans. the seven townships), rises to an altitude of 3,281 feet. This enchanting landscape hosts green forests that are completely covered by the wintertime snow.
A precipitous street – with ten hairpin turns along the way – that climbs upward from the magnificent scenery made up of vast fields, villages decorated by high bell towers and a crown of peaks in the backdrop.

Near the sanctuary of Madonna Sumano has parking and a restaurant.

In the north lies the plateau known as the Altopiano di Asiago and its eight municipalities: dressed in a palette of colors, the emerald valleys and meadows scattered with cyclamens, primroses, woodruffs, and lilies of the valley mix with the dark green of thick woods, softened when the white snow covers the entire panorama.

The hiking trail is well done and runs almost the entire ridge of the Grand Collar of Velo. It will take you to the top of Summano, where there is a large cross made of concrete with an impressive Christ from steel.

Below the plateau lies the Bassano zone, dominated by Monte Grappa; it is the perfect destination for those charmed by the tranquilizing scenery of hills, places of remembrance, traditions and old trades.

Even further down are the wide valleys of Alto Vicentino, with their remarkable natural, historic and artistic landscapes.
The Basso Vicentino area, a strip of land in the far south of the province, appears as a geometrical mosaic covered by rows of vineyards, olive trees, and fruit trees. The mighty rocks of the Berici Hills hover overhead.